Symptoms of mental health illness require as much attention as those of physical health disorders. If left untreated, mental illness can have dire consequences over time.

It’s important to acknowledge when our mental health becomes a concern and transforms into mental illness, disrupting our everyday lives. This article will discuss the symptoms of mental illness and how it can be diagnosed over time.

Before we begin, let’s first look into what we understand about mental illness.

What is Mental Illness?

Mental illness is a generic term for a broader range of mental health disorders that can directly affect a person’s mood, behaviour, and thought patterns. While some mental illnesses have mild symptoms that don’t cause much of a ripple in our day-to-day lives, some have larger impacts and should be treated thoroughly.

Different types of mental illnesses include depression, anxiety disorders, schizophrenia, and addictive behaviours. Depending on the stage and nature of the mental illness, the diagnosis is performed by doctors.

Our mental health is key to healthy relationships, emotional well-being, and healthy choices. It’s the foundation for basic human functions in our control, such as communication, learning, and self-esteem. Hence, addressing any concern related to mental health is imperative to sound overall health.

A specific mood disorder that causes persistent feelings of less interest and sadness, depression is one of the most significant types of mental illness prevalent in India. According to a report by WHO, one in 20 Indians suffer from depression.

Episodic mood swings that range from manic highs to depressive lows are referred to as bipolar mood disorders in medical terms. It is a form of mental illness that is treated over time and is quite common among Indian adults.

A mental illness that leads to increased worry, stress, and anxiety to the point that it interferes with one’s daily life, anxiety disorder is most persistent among Indian teenagers.

These are mental disorders characterized by unhealthy eating habits that affect physical and mental health. The most common ones are:
Anorexia Nervosa: This is when a person has a distorted body image and an intense fear of gaining weight. It’s rising at an alarming rate in India.
Bulimia Nervosa: This is characterized by binge eating and immediate and extreme purging.

Apart from these mental illnesses, Indians also suffer from mental illnesses such as suicidal tendencies and personality disorders. These issues happen in Indians due to several reasons, such as their surroundings, family, peer pressure, drug abuse, or overdose. With thorough counselling these issues can be treated with time.

People experience different symptoms at different levels. Therefore, the intensity of the disorder is unique and varies from person to person. We don’t often understand how mental illness manifests itself. Neither are we equipped with the resources to cope with certain situations or unfortunate incidents.

But if we understand the early warning signs of mental illness, we take steps toward nipping things in the bud.

Let’s understand in detail some of the early symptoms of mental illness.

Some of the early signs of mental illness are as follows:

Now that we have understood some of the early symptoms of mental illness, let’s look at how these issues can be diagnosed.

A mental illness diagnosis depends on the disorder, the severity of the condition, and the treatment that would work best for an individual. The treatment differs from person to person and requires multiple sessions. While mild symptoms can be treated through talk therapy or psychotherapy, some disorders require medications for effective treatment.

Doctors begin by understanding the experiences an individual has been through and for how long. Once they have this information, they analyze the impact of these experiences on an individual and then start diagnosing. A patient’s lifestyle and profession are taken into consideration before diagnosis, and the proposed healing phase is different for every individual.

When To Visit A Doctor?

Anyone can be affected by mental illness due to several reasons. The best time to visit a doctor is when you see that you have one of the symptoms mentioned above.

Most Indian adults or teenagers think twice about looking for medical help, as mental illness is more often than not considered a taboo in India. Hence, the percentage of victims of mental illness actually agreeing to seek therapy is much lesser. However, it is our responsibility to take care of our mental health as much as we take care of our physical health.

Therefore, it is important that we see a doctor when we understand that we don’t have the resources to work on ourselves. If you’re suffering from any of the symptoms mentioned above, then please visit a therapist as soon as possible.

Get Help and Live Happily!

With 14% of the Indian population suffering from some form of mental illness, mental health awareness is the need of the hour. When we notice symptoms of mental illness, we must not self-diagnose ourselves but instead seek professional help immediately.To learn more about mental health, follow AyuHealth blogs. Stay safe, and stay healthy! 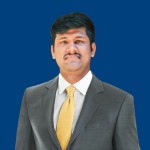 Arvind has been writing health information for the past 8 years. He has extensive experience writing about health issues like sepsis, cancer, mental health issues, and women’s health.